An evacuation warning received at our Memorial Day weekend campsite suddenly turned a moment of relaxation into panic and confusion.

Camping at the Spring Campground in Central Oregon is one of my family's great joys. And by family, I mean my wife and 80-lb rescue puppy Milton. The campground sits on the shores of a beautiful natural lake surrounded by tall forests with eagles nesting nearby, and has views of the snow-capped Diamond Peak. Relatively uncrowded, this spot is a great place to enjoy most of the popular outdoor activities in the Cascade mountain range: mountain biking, sailing, hiking, paddleboarding, and running around in a COMPLETE PANIC.

Well, the last activity isn't really too popular with most people, but this past Memorial Day weekend it is actually what everyone in the campground was doing at about 5 pm Sunday evening. That is when most of the campers heard a weird tone from their cell phones and read a brief message on the screen that read: "A Level 2 (get set) evacuation order Sycan Forest Est due to wildfire."

Now, to really set the scene, most people there were enjoying the same cool vibe this early evening. We had gone on a 14-mile mountain bike ride on a trail that had to have been designed by sadists as it only went up, like an Escher drawing. Later, we all went paddleboarding, except for Milton, who prefers to swim effortlessly back and forth between us using his giant webbed paws. Needless to say, by 5 pm when this alert came through, we were all beat. And on our second cocktail (Milton enjoys a beef-broth martini, shaken, not stirred). The rest of the folks nearby seemed to also be enjoying a drink, or two, or three.

So, now you can imagine sitting on the edge of the lake, totally relaxed, when your phone screams at you and reads, "A Level 2 (get set) evacuation order Sycan Forest Est due to wildfire." I immediately jumped to my browser on my phone to get some more information.  Except, one of the challenges of this campground (and most) is very limited cell service. Which means you can't get more information. And, since I had left the alert screen, the alert disappears. Completely. I started to wonder if it had been cocktail induced.

I ran up to my wife and asked if she had seen the alert. She removed her headphones, looked at me strangely, and said, "What alert?" I grabbed her phone and, thankfully, the alert was still there. We then overheard all the people around us playing that wonderful game most married couples play when one person asks questions and the other person is expected, without reason, to know the answer. "What does Level 2 mean?" "How many levels are there?" and "Where is Sycan Forest Est?" This last one was the same question all the people in the campground were running around trying to answer like a geographic Easter egg hunt.

Luckily, there had been enough happy hours going on simultaneously to allow us all to agree that since we didn't see any smoke, Sycan Forest Est was most likely far, far away, maybe even on another planet, like Mars. Someone suggested another galaxy, but now that was getting crazy.

As some of you already know, what had happened to all of us was an IPAWS alert (and let's all agree to ignore the fact that "IPAWS" sounds really scary to anyone camping). IPAWS stands for Integrated Public Alerting and Warning System, and was created back in 2006. IPAWS is administered by FEMA and it is an amazing tool since it can send 360 character alerts via all kinds of channels simultaneously: TV, AM & FM radio, cell phone, etc.

To actually use IPAWS for cell phones is, shall we say, convoluted:  Your local government agency creates the alert message and specifies the general area to receive it; FEMA must approve the message and then FEMA sends it to the cell service providers;  The cell providers decide which towers should broadcast the message and the "shape" of the transmission (circle or cone) to best reach the area that is supposed to get the message;  And then they send it to Mars.  Just kidding.

As you can see, the message coverage area is vague.  Cell phone signals often travel far further than the estimated radius of 45 miles the towers are supposed to cover. The IPAWS message meant for Sycan Forest Est somehow traveled to us at the lake about 120 miles away. Thus, all our phones in this campground got this cryptic message.

This is not an isolated incident. During the Glass Fire last year in Napa, CA, their IPAWS warnings traveled much further than estimated, creating an additional panic in neighboring counties that can end up clogging evacuation routes unintentionally, jeopardizing thousands of people who really did need to leave. This was compounded by the actual message sent out:

As you can see, this message has just enough information to scare you. And I think "Leave area if you feel unsafe" is pretty much a universal rule. This is something I told my daughters starting at age 3. The IPAWS messages need more information, but they lack modern technology to allow a more detailed description or images like fire perimeter maps.

Luckily, counties like Napa have since implemented Zonehaven's Evacuation Management Platform (EMP) to bring the latest proven technology to emergency alerting and communication. When an event happens, 1st responders can look at the potentially affected zones on their tablet, phone, or computer via Zonehaven, click on the zones to be evacuated or warned, and send out alerts with detailed geographic information via a variety of channels, including IPAWS. While IPAWS might still reach phones far, far away, at least they will have location details embedded in the message so that our Martian neighbors don't vaporize our planet on principle due to the overwhelming number of alerts without details ("Is this emergency on Mars or not? Ugh").

If Zonehaven had been in place during the Memorial Day trip, while we might have still gotten an alert, it would have had enough information that we could make an informed decision and that same information would have been sent to the community warning system, Twitter, Facebook, Waze, and other channels at the same time. If we had an internet connection, we could go to community.zonehaven.com and review the fire proximity, our evacuation routes, and the evacuation level information.

Martians aside, we hope more and more agencies chose to implement Zonehaven to decrease the response time to execute an evacuation order while increasing the details and speed of communication across many channels. 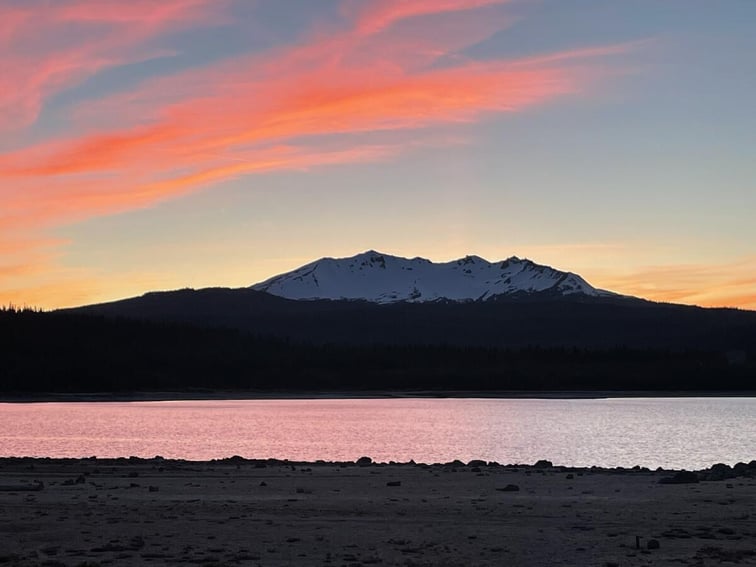 This article was originally featured in Yahoo! news on April 1, 2021. 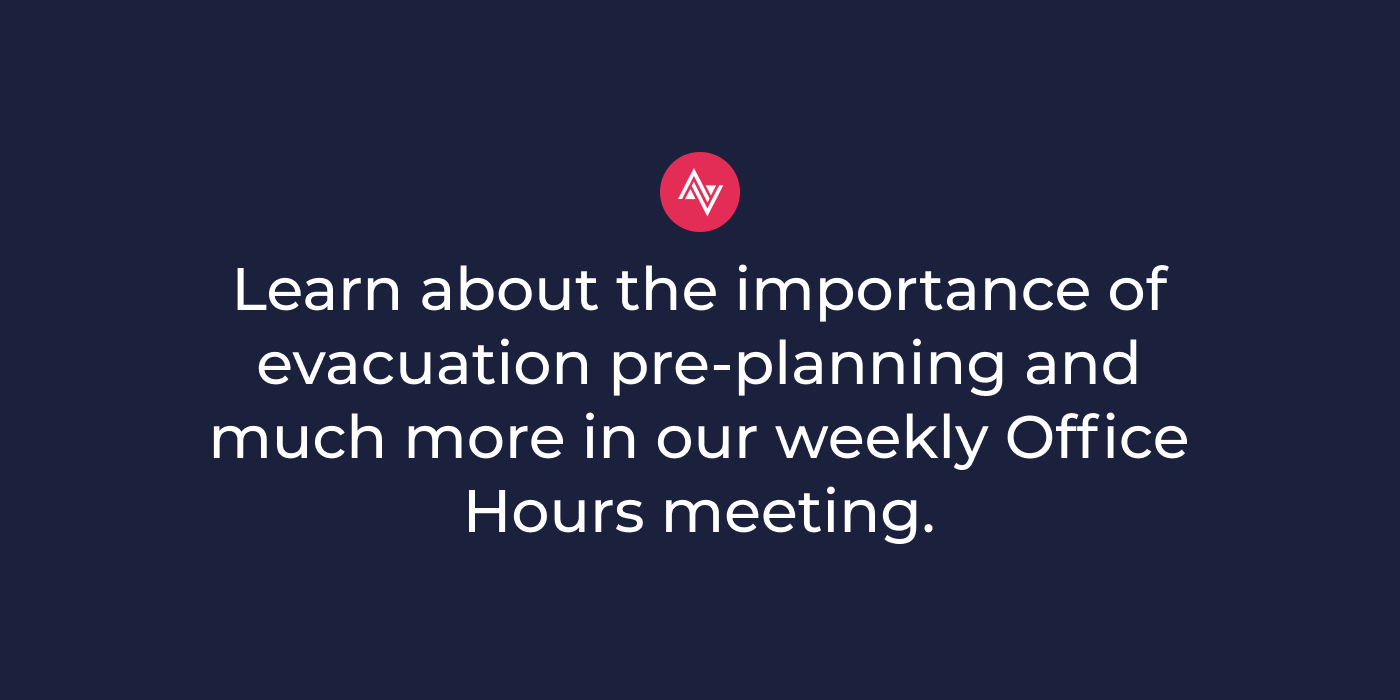 How Important is Evacuation Pre-Planning?

This question was the subject of the February 8th Zonehaven Office Hours roundtable discussion. At the beginning of the meeting, participants were asked to offer a few...